A forty-year-old promise has finally been kept.

In the city of the Popes, the promised Schoenstatt Shrine takes shape.

An almost forgotten site is still there a "Land of the Father."

On a freezing winter day in the presence of a few people the foundation stone was laid.

In the bright Roman sunshine a few months later, thousands from all over the world celebrated the consecration and blessing. It is for them, "the Shrine of all of us."

A place comes into being round the shrine on which the vision of a new church form is taken on.

A church according to the heart of Pope Francis. 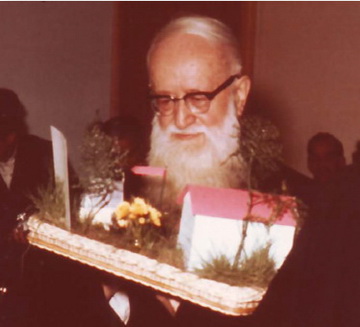 The International Schoenstatt Centre Belmonte in Rome is the gift of the worldwide Schoenstatt movement to its founder. It is the local realization of their love for the Church, which was so central to Father Kentenich that he had written as an inscription on his grave: Dilexit Ecclesiam (He loved the church).

Belmonte stands for a place for a new picture of church, a fraternal, spiritually based, poor, going on pilgrimage and missionary church that Father Kentenich wanted to help build through Schoenstatt - a Church, as Pope Francis in his words and gestures forms, and whose contours are already becoming visible.

The Joy of the Gospel 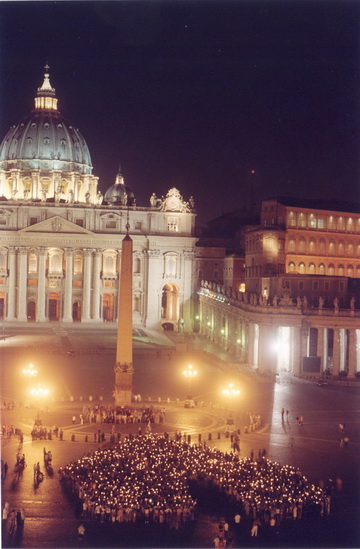 Belmonte stands for the energetic willingness to be a co-builder of his vision. Belmonte offers from the Charisma of Fr Kentenich in the era of Francis a place of grace for him and the church, which experiences a new Pentecost. It is that Pentecost for which the II. Vatican Council opened doors and windows.

Horizons of a Renewed Church

Father Joseph Kentenich with the blessing of the foundation stone for the shrine in Rome outlined his vision of a renewed Church totally in the spirit of Second Vatican Council. 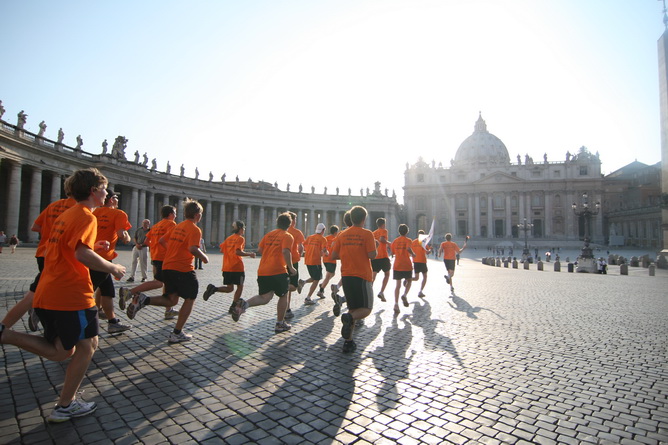 The offer to be a co-builder of this vision is the available to the generation of Schoenstatt, which is at the beginning of the second century of its history.

What the title of the Shrine means

It means more than a few colourful flags. It menas a Covenant of continents, mentalities, nations, languages, taking and giving, awe and thanksgiving. No fear of what is different. Variety, history, experience, concerns and graces of each country become Schoenstatt ”of all of us" in the middle of the universal church.

Out there, out at the periphery, out in the countryside, not we, but the Blessed Mother had built us a nest and given us a task. If we want to be Catholics, we ultimately need the blessing of our Holy Father. March on Rome!
Fr Kentenich, 16 November, Belmonte

If it did not already exist Belmonte should come into being. A Shrine, built on the foundations of enduring love for the Church. It is a Shrine for now: For the Church which Schoenstatt is a part of in the current of renewal through Pope Francis.

The Church, by her nature,
is missionary.
She exists so that every man and woman
may encounter Jesus.

To speak of the Church is to speak of our mother, of our family.