For Study, Group Discussion, and More

Photos of Belmonte in High Resolution 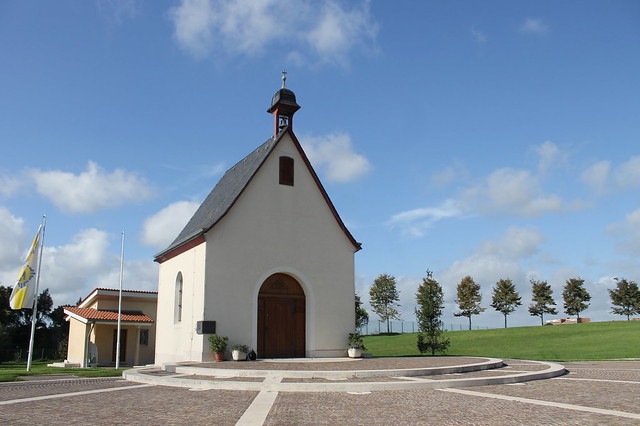 Photos of the Jubilee Week 2014 in Belmonte

Dr. Peter Wolf: In the Footsteps of Fr Kentenich in Rome

Editorial Nueva Patris offers this text by Monsignor Peter Wolf, based on a conference in the Vatican, precisely within the framework of a pilgrimage to Rome in the Year 2011, to Schoenstatters, who go on pilgrimage during the Jubilee year of the 100 anniversary of the founding of the Movement (1914-2014), and to those who will do it in the future.
We hope that reading this book will help in following Father Kentenich's footsteps through Rome, and above all, be at the service of the Church, so that it will be the soul of the world.

It was one of Fr Kentenich's great wishes that the Schoenstatt Movement, which was founded a hundred years ago in an unknown valley leading down to the Rhine in Germany, should be present in the heart of the universal Church in Rome. In 1965 the leading representatives of the international Schoenstatt Movement promised their founder that they would build an international centre in Rome. It took over forty years before this promise could be realised when the International Schoenstatt Centre in Belmonte, Rome, was built. Fr Kentenich's expectations for the MATRI ECCLESIAE Shrine and Belmonte as a whole finds expression in the programmatic talks in this book. As the editor, Dr Peter Wolf, states in his Foreword, "The conferences and talks of Fr Joseph Kentenich, which are presented in this booklet, reveal our founder’s hopes and intentions connected with the international shrine and centre in Rome. This collection of texts is an open invitation to everyone to come to grips with his vision, and allow themselves to be set on fire for Belmonte’s mission." This publication, with three of Fr Kentenich's central talks, some of which are available in translated form for the first time, offer not just pilgrims to Rome a good opportunity to experience what Belmonte means for Schoenstatt and the Church

Pope Francis: A culture of encounter is a covenant culture, and this creates solidarity

Message by Pope Francis to the Schoenstatt Apostolic Movement

The Holy Father uses the format of an honest and direct dialogue to give us his vision and expectations of the topics which formed the focus of the experiences and pastoral projects of the jubilee celebrations in Schoenstatt: family life, education, youth evangelization, the church, and a new social order. It is the Holy Father’s message to an ecclesial movement of renewal during a moment of grace, both in the jubilee celebration of our founding and this moment in the life of the Church. One can understand the deeper meaning and value of this audience when seen from the real life that preceded it and reflects an experience of the church that our founder, Fr. Joseph Kentenich, desired through his work and selflessness -- a Church that is truly family, not only in spirit but also in its forms and attitudes. (From Prologue,Fr. José María García Sepúlveda)

Conferences and sermons at the dedication of the Shrine in 2004

Address of our Holy Father John Paul II during the Audience for the International Schoenstatt Movement Castelgandolfo 9.9.2004 (PDF)

Rejoice, Mary. Your name will be exalted on this hill of Belmonte by thousands of persons from all parts of the World Belmonte, September 8th: "Today, the Shrine which belongs to all of us has become a reality"